We have now drifted to within a few miles of the ice edge and expect floe breakup to begin any day now. Yesterday we did a complete evacuation of all the ATMOS team sites on the ice, including the Met City tower, ARM installation, TROPOS and AWI tethered balloons, fiber-optic temperature profile mast, and AWI mobile flux sleds. 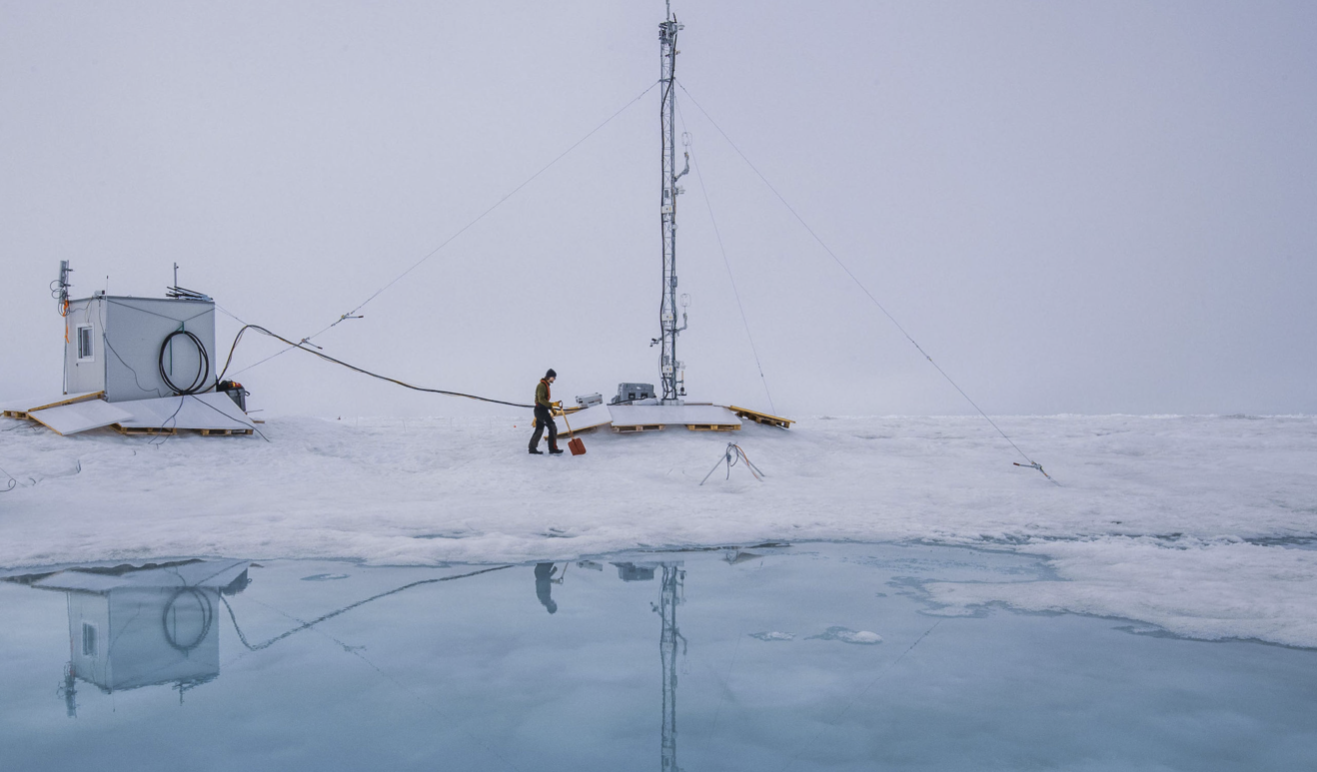 Measurements from Met City seem to show detectable CO2 and CH4 (methane) fluxes over the past couple weeks. The ECO team is now seeing biological activity throughout the ice cores on first year ice, although the ice is quite thin now, with many holes. Access to some areas by foot is now difficult or impossible.

Photo (L): Before the evacuation, an ablation shield was set up around the MET City meteorological tower to reflect sunlight and keep the ice around the instrument from melting too quickly. Photo credit: Lianna Nixon, CIRES

Even with all the open water and ice movement we still see considerable stratification in the ocean surface layer. Steve collected samples from the open lead and ponds connected to the lead several hundred meters behind the ship a couple days ago. Salinities at the surface were only 3-5 parts per thousand (ppt) and only reach 30 ppt at >2m depth. This presents an interesting and challenging problem for modeling the air-sea transfer of gases and heat.

Conditions for sampling fluxes from the ship have been poor for the past 10 days, with only a few hours of suitable wind conditions, but we have been running the analyzers whenever the air appears clean (up to +/- 150° relative wind direction) and are getting a reasonable amount of concentration data. Dimethylsulfide (DMS) concentrations recently have been 400-700 ppt, which is about as high as I've ever seen. There's a good chance this is all coming from the ocean or outer edge of the marginal ice zone (MIZ - transition area between the open sea and thicker sea ice), since stratification of the surface sea water and very light wind speeds tend to limit local emissions. Steve has been doing DMS profiles of the surface sea water, which show a considerable vertical gradient. 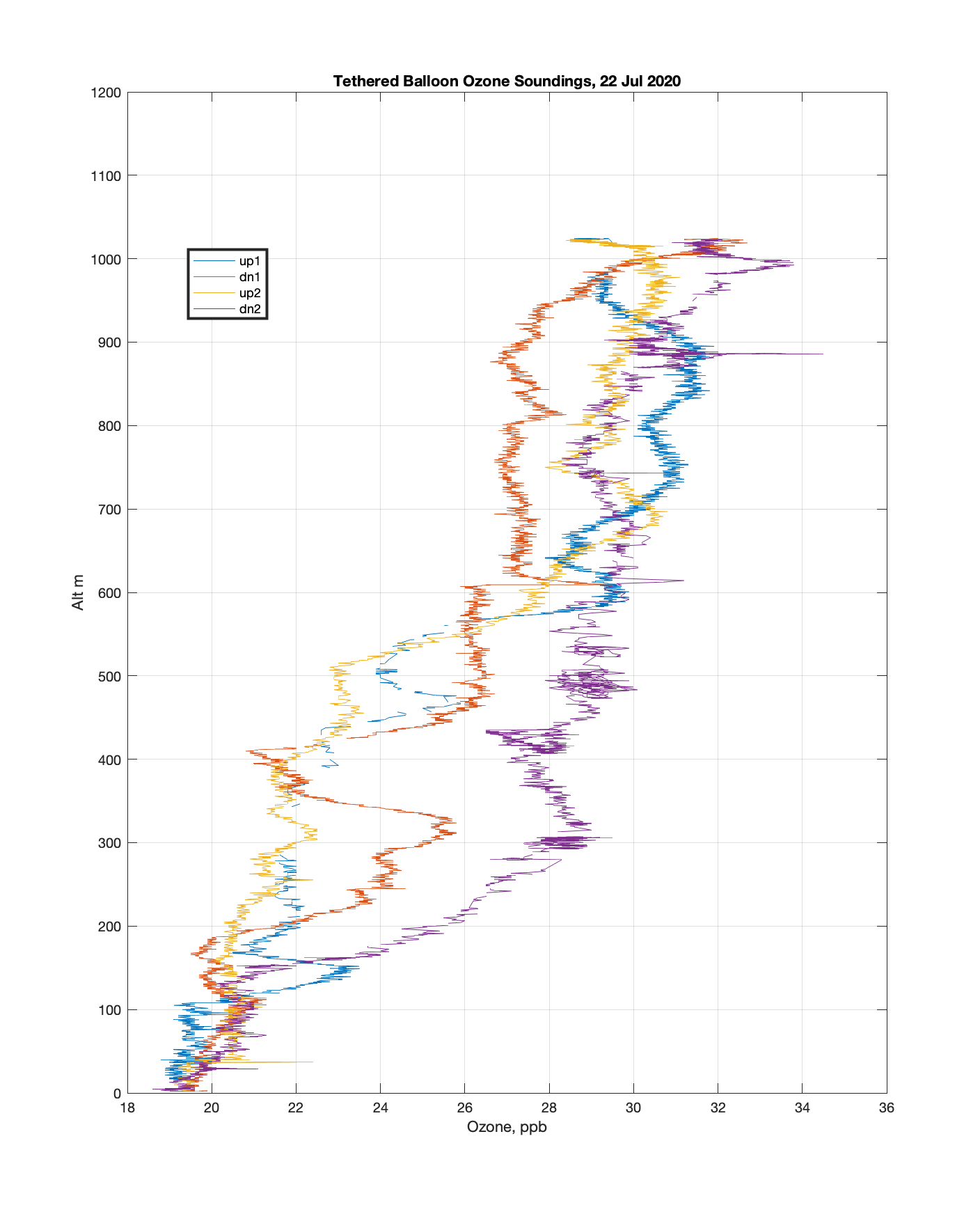 We had another ATMOS 'flight party' last week and were able to conduct a second series of boundary layer ozone profiles with the TROPOS balloon. Here is a plot from the first profile series on 22 July (y-axis = altitude, x-axis = ozone levels in parts per billion):

Polar bears have been frequent visitors recently. For a while we were averaging more than one sighting or encounter a day, but most of these were off-hours and we have not had significant disruptions due to wildlife during the working day. Fog and very low visibility is the main problem.

Leg 4 will remain with the MOSAiC floe until the end, conducting portable on-ice activities whenever possible. We expect our colleagues with the leg 5 crew to arrive in 10 days or so. After 4-5 days of cargo transfer and handover activities, Polarstern will travel to the east a bit and re-enter the ice north of Svalbard. Plans for leg 5 are still under discussion.

Check out more blogs from Byron and other MOSAiC team members