Take a look at the figure below which shows various organisms that you might find in an Arctic marine food web. You can click on the figure for a larger printable version. Can you draw arrows between organisms showing who eats who in this food web? Below are descriptions of the numbered organisms (hint: the numbers are random and do not indicate an order in the food web): 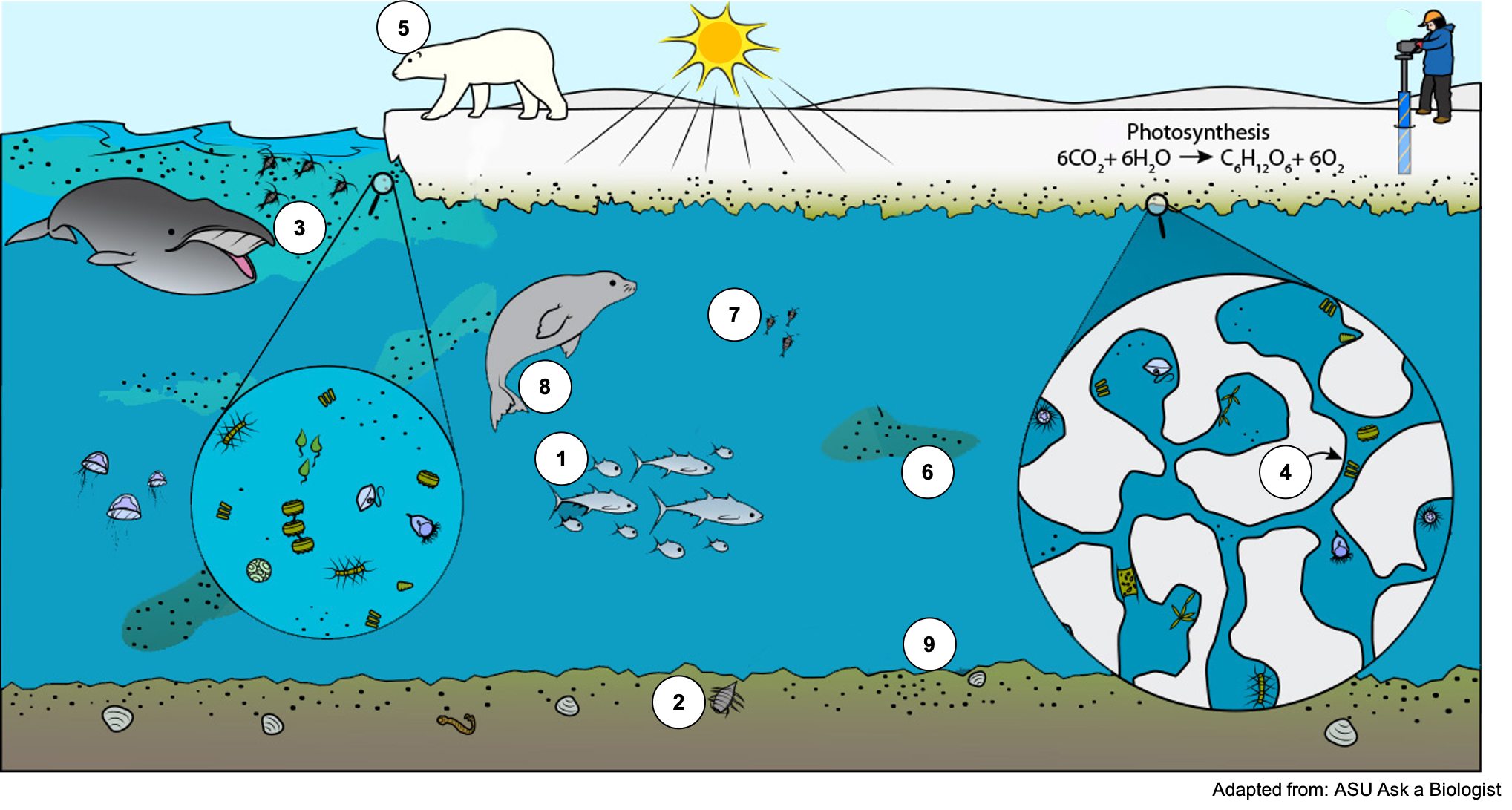 1. Fish that might live in the Arctic Ocean, such as polar cod

2. Small animals that live on the seafloor, such as isopods, or small marine invertebrates

6. Algae in the water

7. Copepods, or small crustaceans (animals) in the water

9. Heavier algae that sink to the seafloor

Find out who eats who in the Arctic marine food web shown in the figure above!