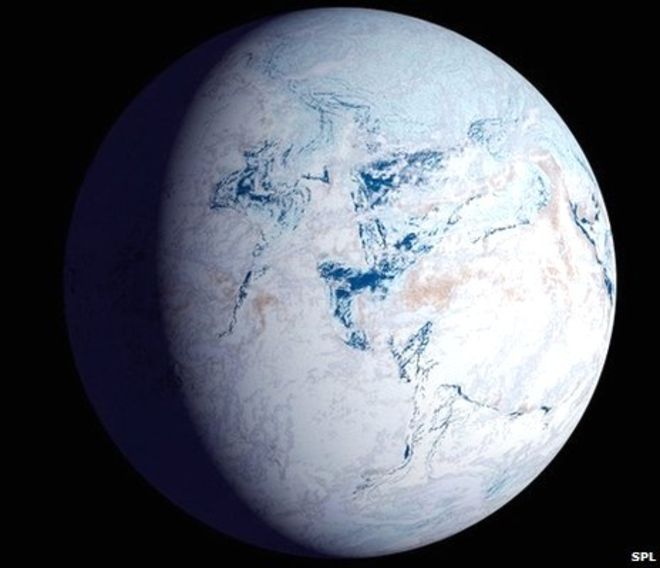 The earth has gone through a series of glacial periods in its lifetime when things were cooler and ice sheets crept down from the poles to cover more of the high latitude regions. However, between the late 1800s and the 1980s, geologists were finding evidence that seemed to show that 650 million or more years ago, glaciers covered landmasses from the poles to the tropics (near the equator)! Could it be that the earth was once covered completely in ice? Some geologists think so (and think it might have happened more than once), and refer to this phenomenon as 'Snowball Earth.' But how could this happen?? 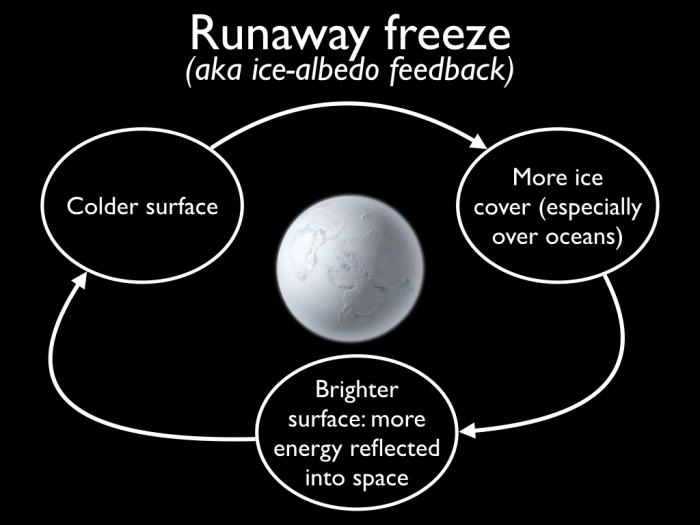 In the 1960s, a Russian climatologist used a simple climate model to show that if ice sheets on Earth became extensive enough, they would reflect enough of the sun's energy (remember that ice has a fairly high albedo) to cause even further cooling on Earth, which would cause more ice sheets to form, which would lead to more cooling....This is called a positive feedback loop - specifically, this phenomenon is called the ice-albedo feedback. Figure credits: SPL

Although there is debate in the scientific community about whether or not Earth was actually once a Snowball (some say it may have been more of a 'Slushball'), there is no dispute that the ice-albedo feedback happens and plays an important role in our planet's climate.

The Arctic is Earth's Air Conditioner 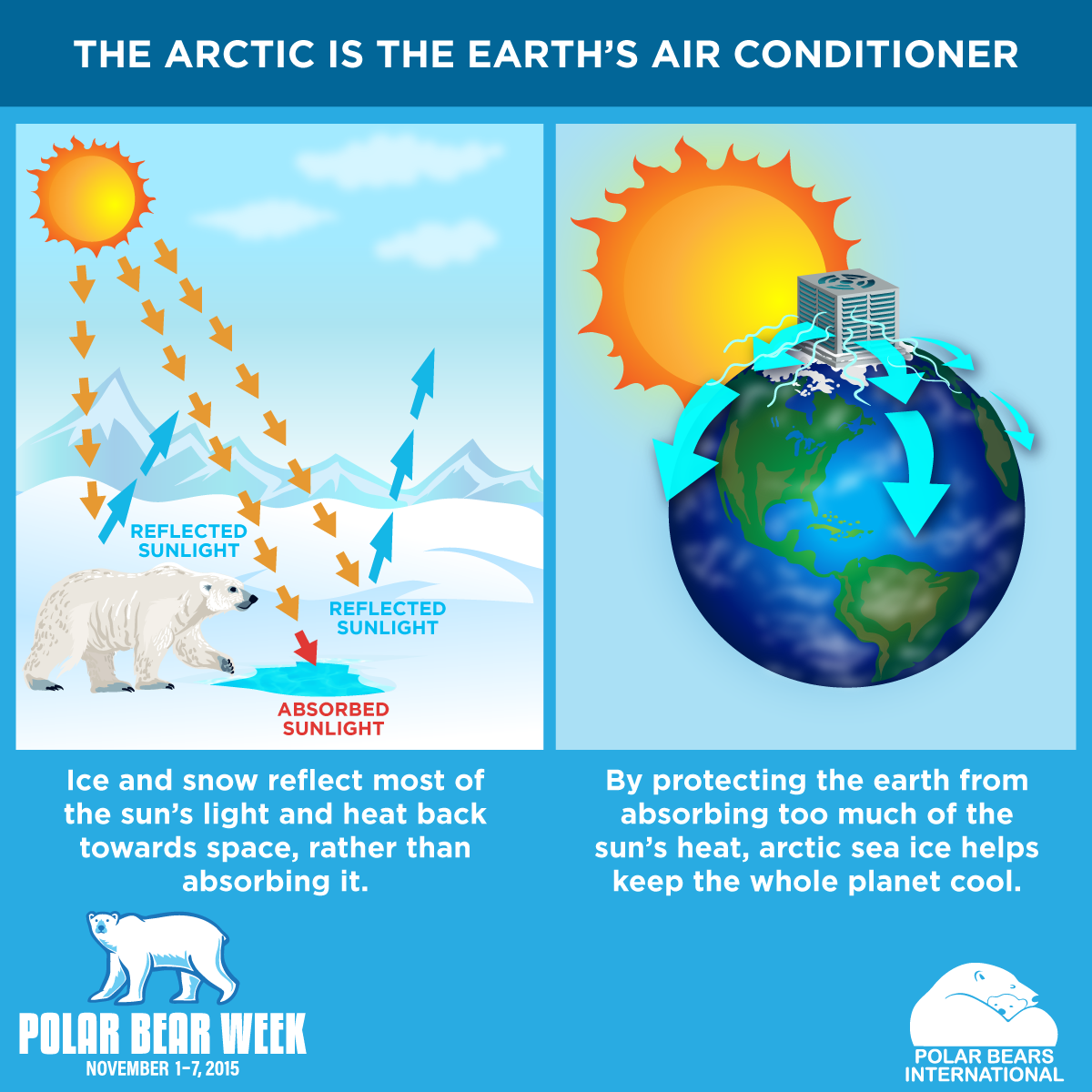 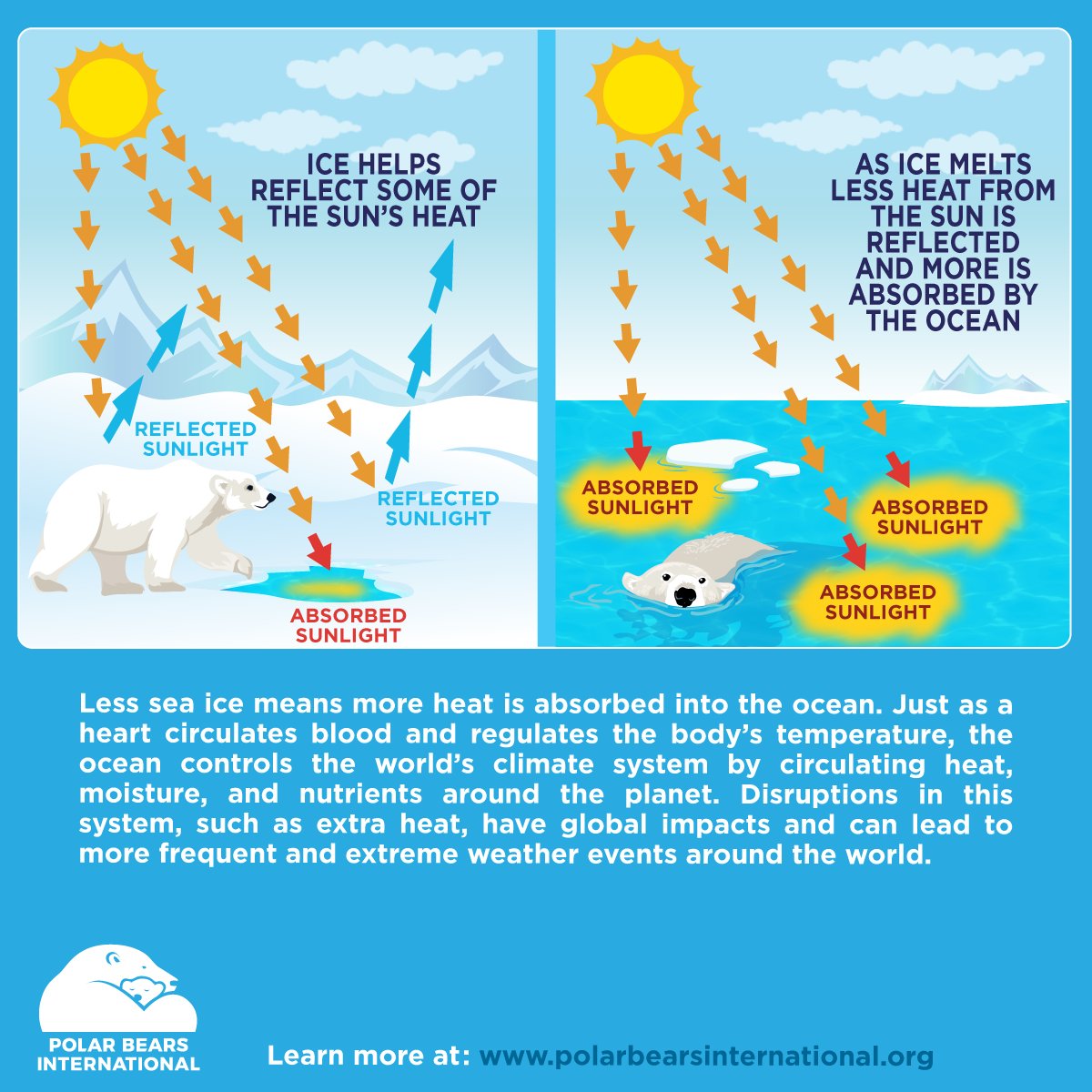 Just because something is a 'positive' feedback doesn't mean it is necessarily a good thing. 'Positive' just refers to the fact that whatever changes are happening in a system continue to reinforce themselves. Just as the Arctic serves as 'Earth's air conditioner' when it is covered in ice and thus reflects more solar energy (heat) than it absorbs, a decline in Arctic sea ice decreases Earth's albedo and can have a significant impact on our global climate. 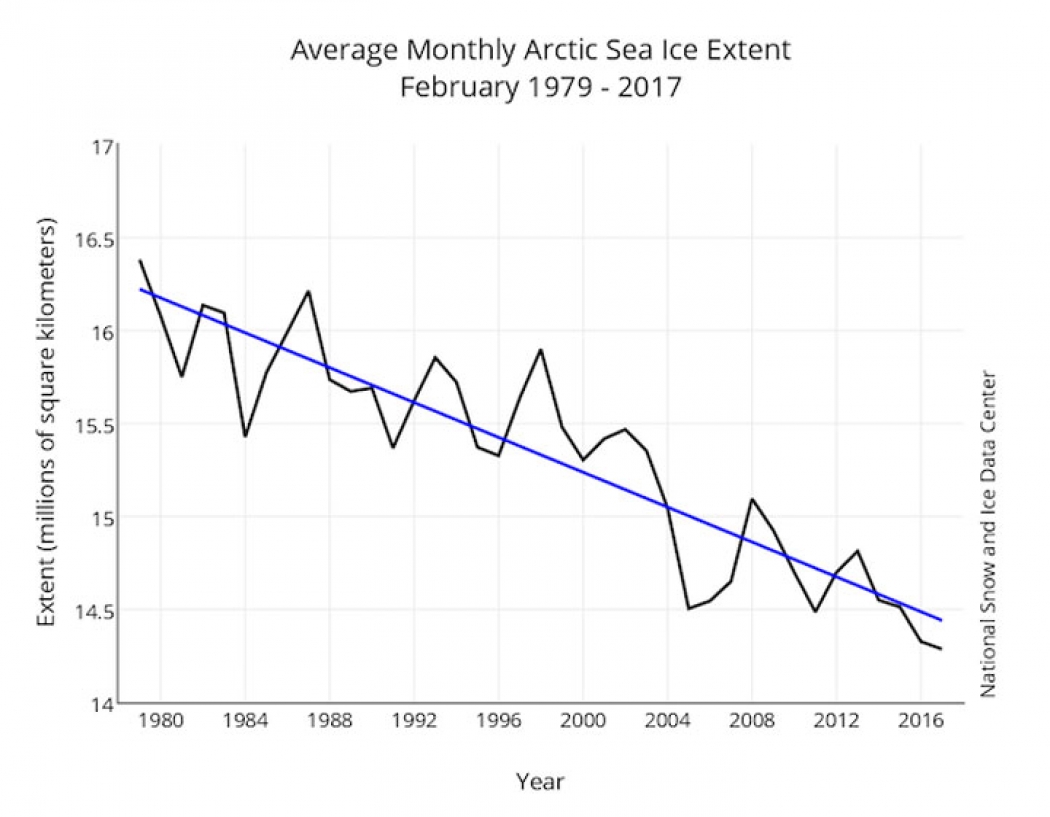 Could the opposite of a Snowball Earth happen? The sea ice extent in the Arctic has been in decline for at least several decades now, which means more dark ocean water is being exposed to the sun's energy more often. Think about what happens to the Arctic albedo as sea ice melts and more and more dark ocean water is exposed. Draw a figure like the one labeled 'Runaway Freeze' above that shows what feedbacks could occur when sea ice melts and what impact this could have on Arctic climate. Do you think these feedbacks in the Arctic could impact Earth's climate globally?