During the 2019-2020 MOSAiC Arctic research expedition, the crew on board the Polarstern--the ship that was frozen into the sea ice--had to build an airplane runway onto the Arctic sea ice in case an emergency happened on board that required an airplane evacuation. How did the crew decide where to build the runway and how thick the sea ice underneath the runway needed to be? We're going to use Gold's Formula to try to figure this out:

1) First, make a guess as to what you think the minimum thickness the sea ice underneath the runway must be to support the plane.

2) Then, calculate the actual minimum thickness the sea ice underneath the runway must be, assuming it should be able to support a Twin Otter plane that weighs ~8,000 lbs. Does the answer surprise you? Is it similar to or different from what you guessed? 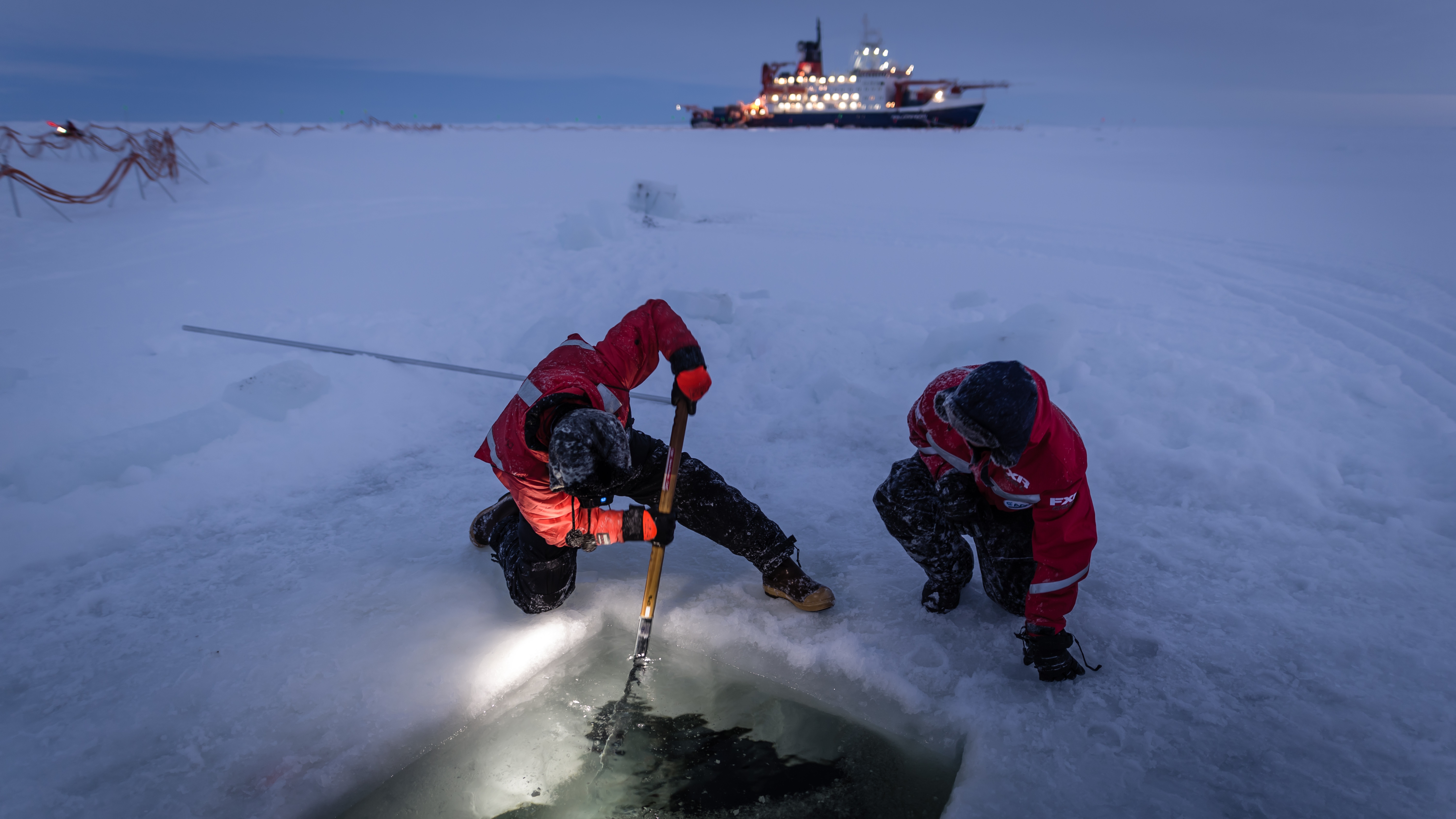 Photo (L): Scientists on the sea ice during Leg I of MOSAiC; Credit: Stefan Hendricks

There is one airport in the contiguous United States (lower 48 states) that has an official runway built on ice! The Alton Bay Ice Runway and Seaplane Base in New Hampshire maintains a runway on an ice-covered lake in the winter that is 100 feet wide and 2,600 feet long. Learn more about the runway and what it's like to land on ice (video included!) below!

About the Alton Bay Ice Runway