From Transit to Transfer 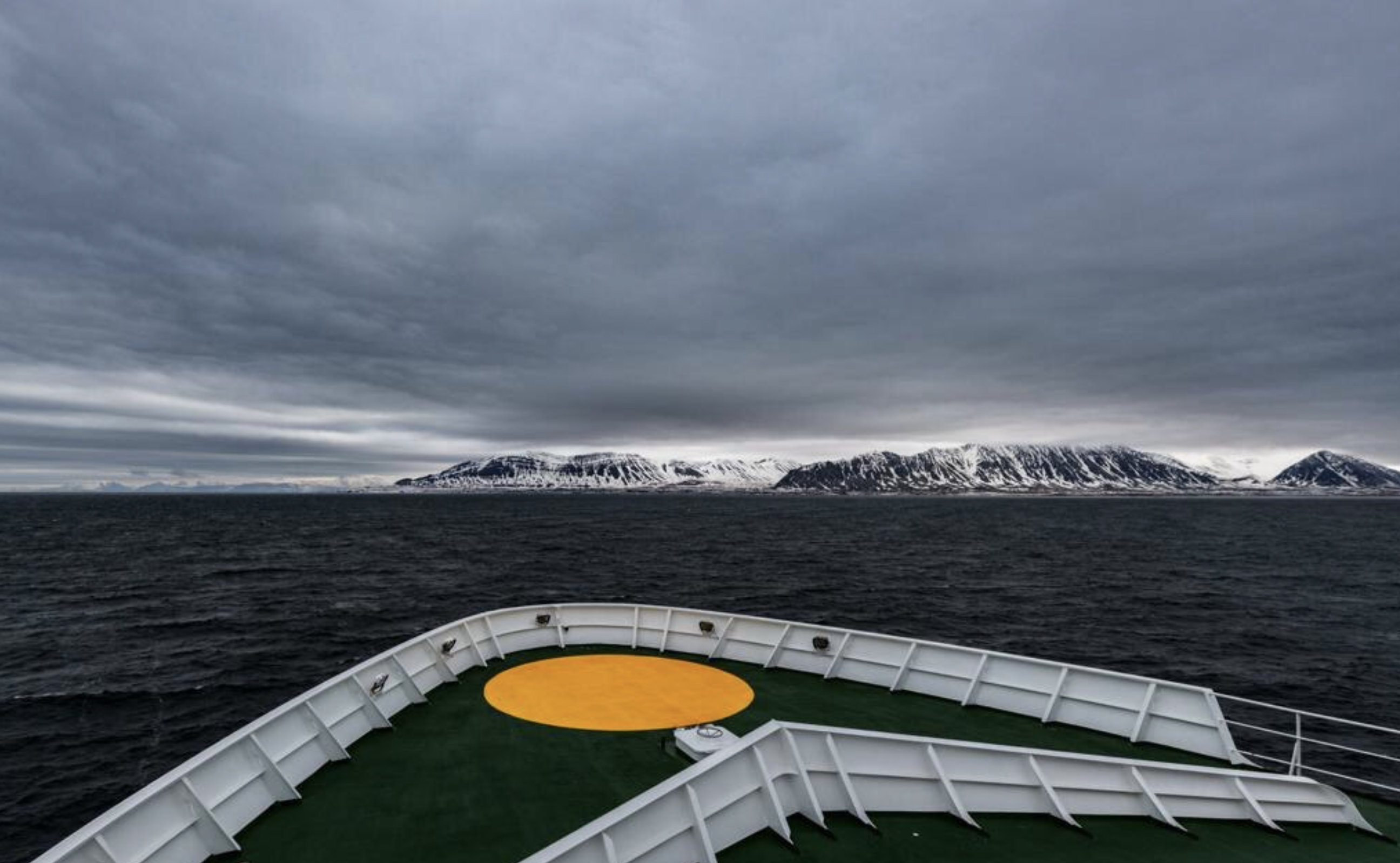 On Saturday, May 16th after scientists disassembled much of the science camps on the sea ice around the Polarstern, the ship left its frozen encampment and for the first time in more than half a year started moving under its own power. The icebreaker is on its way to Norway’s Svalbard archipelago where it will rendezvous with two other German ships, the RV Sonne and RV Maria S. Merian, which are carrying fresh supplies and a new group of scientists, media personnel, and crew. After it has been resupplied and the new crew is on board, the Polarstern will motor back north into the ice once again to continue its year-long drift across the Arctic. This transfer maneuver was not in the original plans of the expedition, but plans had to be altered as a result of the coronavirus pandemic. And in fact, this new plan may never have been a viable option if the Polarstern hadn't drifted so fast and so far over the past several months, bringing it closer to Svalbard than expected!

Photo: View from the bow of one of the resupply ships after arriving in Svalbard; Photo credit: Lianna Nixon 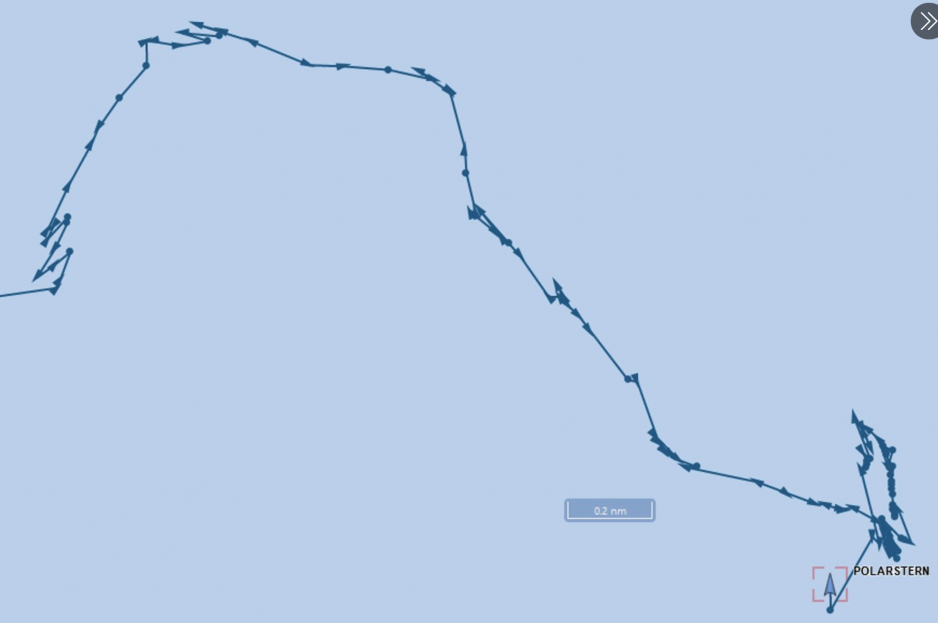 The Polarstern was originally scheduled to reach Svalbard on Saturday, May 23rd; however, early on the icebreaker encountered thick second-year sea ice that it had trouble getting through, so its arrival to the archipelago has been delayed. If you haven't already, you can check out last week's MOSAiC Monday to learn why multiyear sea ice is more 'durable' than first-year ice (and thus more difficult for icebreakers like the Polarstern to break through). In several instances, the Polarstern had to use a ramming technique to break the ice. In this image of the ship's path through the ice, you can see multiple places where it used this back-and-forth ramming technique to make forward progress (image source: MarineTraffic.com as featured in High North News). The Polarstern has since found a lead in the ice and will be arriving at Svalbard any day now.

Learn more about the difference between 'young' and old' sea ice

MOSAiC in the News

The MOSAiC expedition continues to make headlines all over the world. Check out these latest stories about what has happened during the expedition and what's to come:

Melinda Webster is one of the scientists who will board the Polarstern in Svalbard and head out into the Arctic for Leg 4 of the expedition. In a series of recent blog posts, Melinda described what her experience was like from the day she left her home in Fairbanks, Alaska to the day she boarded the resupply ship in Bremerhaven, a city on the North Sea coast of Germany.

Getting to the Arctic is not an easy feat, even during the best of times. How long would it take you to get to the Polarstern rendezvous site in Svalbard from where you live? Using the travel planning website of your choice, plan out your travel itinerary from your house to Bremerhaven, Germany and then to Svalbard. You can travel by whatever feasible method(s) you choose (place, train, etc.), but you must travel by boat from Bremerhaven to Svalbard. How long will it take you to get to Svalbard? How much longer do you think it will take you to get back out into the Arctic sea ice on the Polarstern? How many miles/kilometers will you have traveled in total?

This question was submitted by Shae from Jeffco Public Schools: What would happen if one of the scientists fell into the water? Would they be ok from the cold temperature of the water? 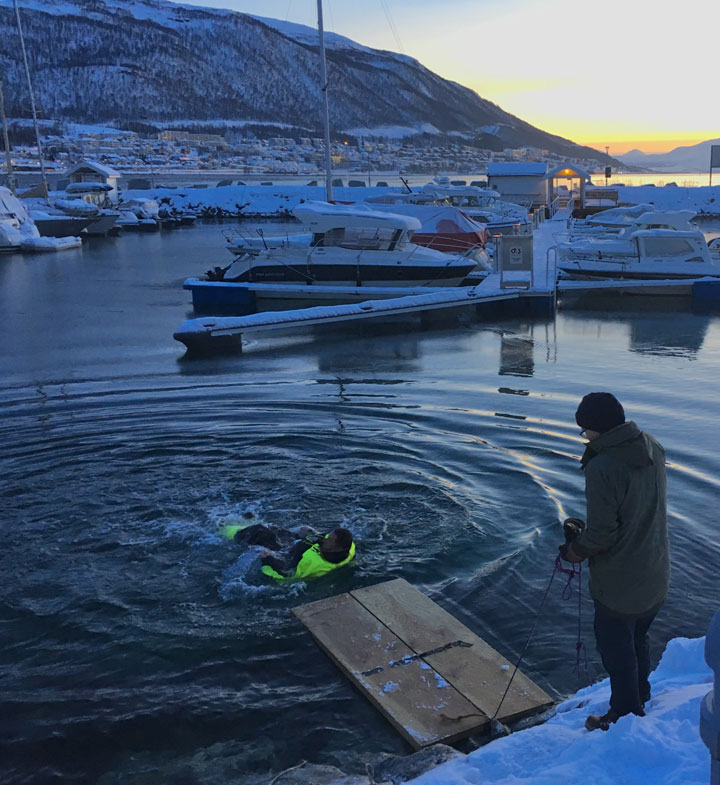 "If a scientist fell in the water, it could be dangerous for them. If they got all wet, they need to change clothes as soon as possible, both because of the cold water, and also because of the freezing air temperature. But.... they are never alone."

Many of the MOSAiC participants had to go through survival training prior to the expedition, which included being immersed in frigid water and practicing swimming in simulated rough seas. In this photo, MOSAiC scientist John Cassano participates in water safety training in the icy fjords of Norway (photo credit: Steven Fons). This survival training requirement is part of a larger 'Polar Code,' or set of rules adopted by the International Maritime Organization (part of the U.N.) that many ships venturing into the Arctic or Antarctic must follow to stay safe and minimize their environmental impacts.

MOSAiC Video Chat with Exploring by the Seat of Your Pants

Join our friends at Exploring by the Seat of Your Pants on June 2nd at 11:00 am Eastern Time when they'll be hosting a live video chat with MOSAiC scientist Taneil Uttal! Taneil has been studying the Arctic environment for over two decades, and recently returned from her time on board the Polarstern.